The Escort Passport S55 High-Performance Pro Radar and Laser Detector are among the most advanced radar and laser detector models in the market. In fact, many buyers choose this over the other available options since it could provide very reliable performance.

In addition to that, the Escort Passport S55 was built to detect all laser and radar bands and provide long-range warnings. On top of that, the detector is sold at a very affordable price, making it a good buy for consumers with limited budgets.

The Escort Passport S55 remains a bestselling radar detector model in the market today. This is because it is known as one of the most advanced and high-performance models offered for sale.

In addition to that, the Escort Passport S55 is loaded with a long list of standard features such as the capability to detect all laser and radar bands, the ability to reject interstate traffic sensors, and efficiently eliminates false alarms. The detector is also a top option among buyers since it has a reasonable and relatively affordable price.

Like the Escort Passport S55, the Beltronics Vector V995 Radar Detector and the Cobra Electronics SPX 5500 are also best-selling radar detectors in their class at present.

This is because both of these are loaded with a long list of useful features that enable them to provide uncompromised protection against radars and lasers used for speed enforcement. These detectors are also sold at prices that buyers, including those with limited budgets, can afford.

The Beltronics Vector V995 Radar Detector comes with dimensions of 4.8×2.8×1.2 inches and weighs 2 pounds. It can detect various bands of radar, particularly the X, K, Ku, and SuperWide Ka.

It is equipped with the Safety Warning System radar capability, Mute and AutoMute features, visual and audible band alerts, and laser detection. The Vector V995 also features digital signal processing (DSP) and several laser sensors that provide a long-range performance and significantly reduce the number of false alarms detected by the device.

Finally, the detector is fitted with the technology that makes it invisible to VG-2 radar detector detectors.

The Cobra SPX 5500 is built with dimensions of 1.3×2.8×4.2 inches and weighs about 4 ounces. Aside from its compact, lightweight, and portable construction, the Cobra Electronics SPX 5500 boasts of its powerful CPU, which can conveniently sweep the entire radar spectrum utilized by the police in 240 milliseconds.

It is also known for using the low-noise signal amplifiers that were previously used by the military. On top of that, it is equipped with a uniquely-designed circuitry that uses a gold-plated circuit board.

The radar detectors discussed earlier are definitely among the best in the market today. But out of the three, the Escort Passport S55 proves to be the best option since it is equipped with many useful features and is decently priced.

The Beltronics Vector V995 Radar Detector can be considered as the second-best pick for it provides most of the features that the Vector V995 has but at a much higher price. The Cobra Electronics SPX 5500 comes in at third by providing several features provided by the first two models at a lower price. 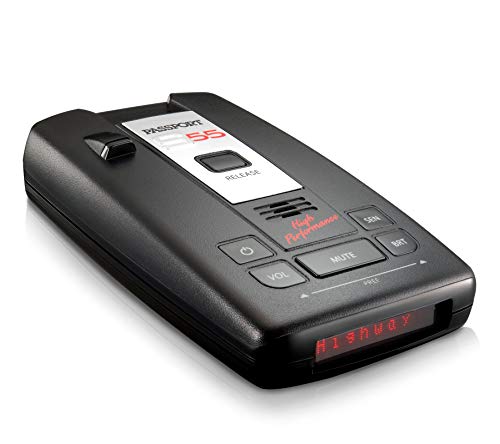